NCL, Inc., North Austin Chapter is a group of mothers and daughters who have come together in a commitment to community service, leadership development and cultural experiences.
Members shall reside in north Austin and the surrounding Austin area. Like all NCL, Inc. Chapters, North Austin aims to foster the mother-daughter relationship by serving its communities together.

The demand for the National Charity League, Inc. in Austin was so high that three Expansion Chapters emerged: North Austin, Lake Travis and Treaty Oak. In July of 2013, North Austin opened its doors to Patroness and Ticktocker members for 7th-12th grade.

North Austin officially chartered in April of 2015 and was recognized at the National Charity League, Inc. Annual Meeting in Anaheim, CA. At that time, North Austin became the 5th chapter in Austin and the 188th chapter in the country to charter. 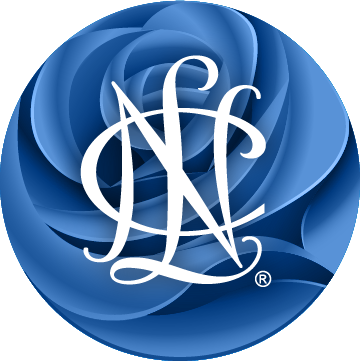 Interested in joining our chapter?  A Prospective Member must be sponsored by a current member of our chapter.  Membership opportunities are dependent on Chapter openings.

For any questions regarding Membership, requests for transfers or assistance with connecting as a Sustainer, email us.

Our Annual Membership Drive is for current 6th graders.  Members must reside in North Austin or the surrounding Austin area.

If you are interested in joining our Chapter, you are invited to attend one of our info. meetings.  These will be held at the River Place Country Club :

Check out our chapter video here and our National Video here. 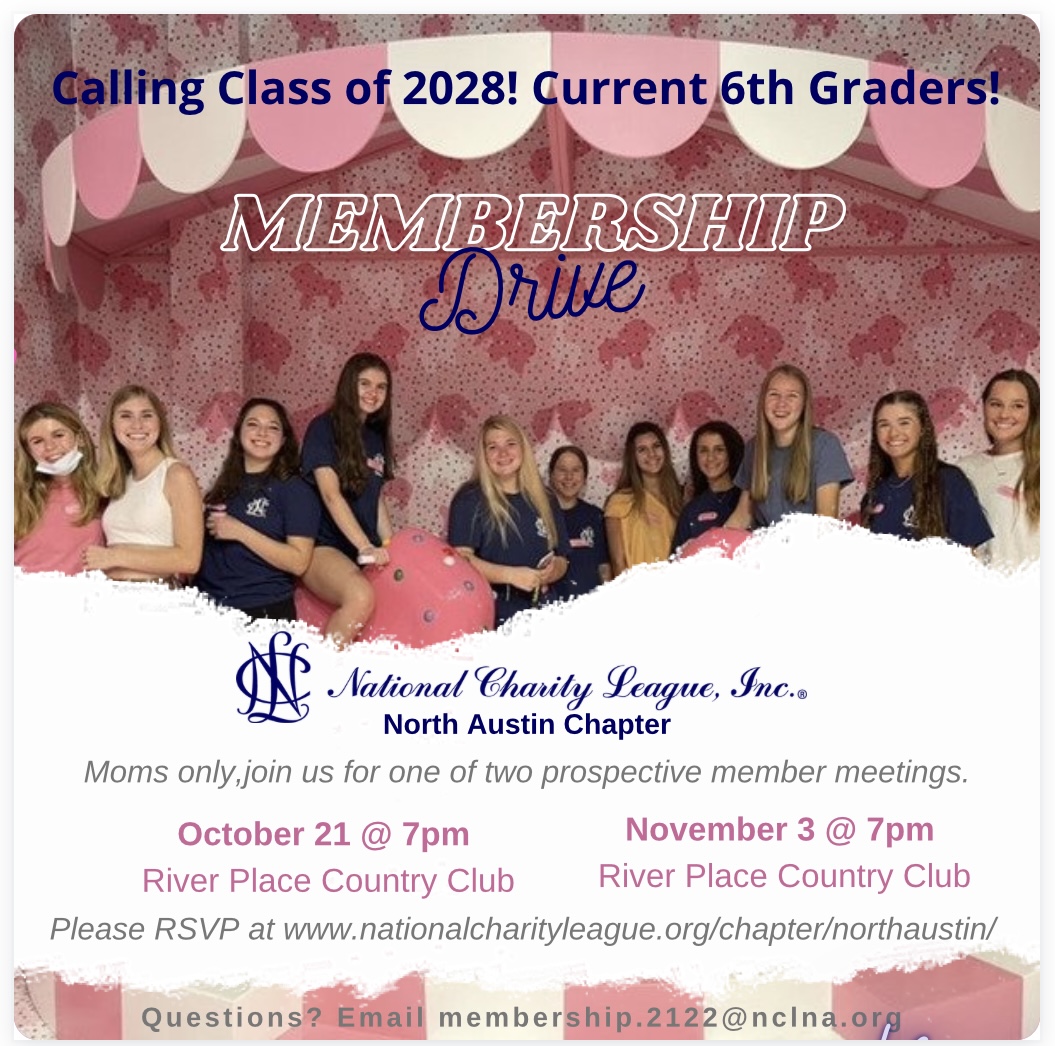 WHAT ARE WE LOOKING FOR?

Those who will embrace all three pillars of our Mission as well as our Core Values:

Mothers and their daughters (grades 7-12) participate in a program that embraces:

We work with the following philanthropies:

Nurturing confidence through opportunities to learn and grow, while also building problem-solving skills through a supportive environment of healthy relationships.

Examples of skills developed include:

As future leaders, we continually strive to build stronger ties with our communities and the individuals within them. It is through this understanding that we grow and develop broader worldviews that will shape and support our lives.

Mothers and daughters of each class attend a cultural experience together with a focus on different areas of art, theatre, dance and music.

Each Chapter celebrates the richness of its history through traditions that honor the past. The Mother Daughter Tea is an NCL, Inc. tradition. Today, NCL chapters around the country continue to embrace their long-standing traditions, as well as, create new ones.

A note from the Chapter Founder

The idea for the North Austin Chapter started by a simple phone call to Paige Polishook, my dear friend and confidant. Both Paige and I were interested in joining NCL, however, there were only 4 chapters in Austin in 2012 and the interest from other families in the Austin area to join was overwhelming. I asked Paige to partner with me to start a new chapter in Austin. She agreed and from there, I sought out strong leaders and representatives from the Leander and Round Rock ISD to form the North Austin Board of Directors and they were:

These women that became our Board of Directors came from many different backgrounds. Some were leaders in the professional community and held roles of Vice Presidents from various companies and others were mothers with strong leadership skills that were the professional volunteers for their children’s school and community. With the various backgrounds, these women came together as a force to execute the NCL Mission of fostering the Mother/Daughter relationship through leadership, philanthropy and cultural experience. It was a privilege to serve with these women and such an empowering experience. I am proud to call these women friends and co-founders of the North Austin Chapter. What a beautiful legacy we leave behind as role models for our daughters and empowering insightful experiences for the future Mothers and Daughters who become active members of the North Austin Chapter.